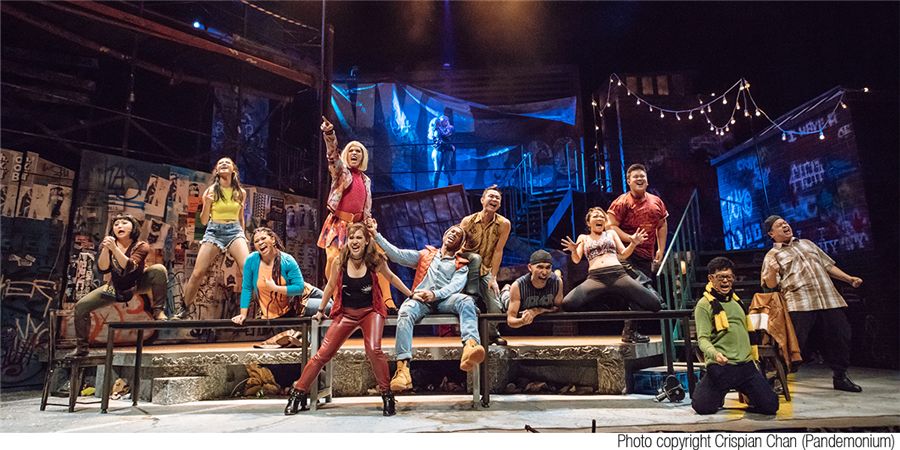 Rent the well-loved musical that was born twenty years ago was brought to live in Singapore last October at the Drama Centre by theatre company Pangdemonium! Not surprisingly the performance saw a strong turnout of audience throughout the performance period. All sound aspect for the musical theatre production was undertaken by Ctrl Fre@k Pte Ltd. To ensure that this epic musical met the expected high standards set, Ctrl Fre@k re-looked at the space and audio elements and decided to supplement the sound system within the venue. 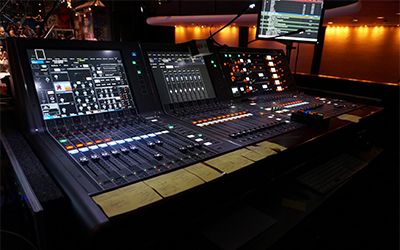 Rent is a musical with a rock and roll element to it and it was critical that that feel was transported to the audience.

Ctrl Fre@k is no stranger in the theatre realm. The company had previously been involved in a number of theatre productions where they have provided the full gamut of sound, light and visual solutions. For Rent, the company also provided the lighting programming and sound mixing.

“In a musical, with a number of casts and a live band, it is important that each aspect of the audio does not over shadow the other and the audience feel that they are immersed in the musical. It is also important to ensure that from the other side, the cast and band are able to work seamlessly with each other and able to hear each other comfortably. Thus the mixing plays a critical role.”

“This was the first time we have used the RIVAGE PM10. Our confidence that the system will deliver was simply borne out of the fact that this is a Yamaha product,” said Jeffrey. “We were able to quickly grasp the technical aspects of the system and that was important due to the very short production time that we had.” 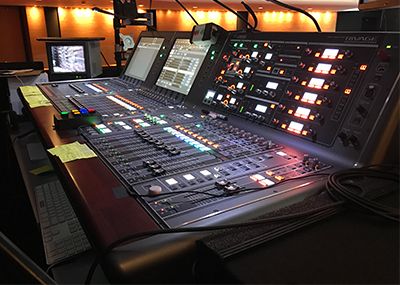 What was critical to Ctrl Fre@k was the large amount of channels that the RIVAGE PM10 offered. On top of that the functions and functionality was important. “Our biggest concern was programmability as there was a huge number of scenes in the musical. The amount of processing that the RIVAGE PM10 can handle with the option of using plug-ins was simply amazing. All the onboard classic emulation plugins that comes with RIVAGE PM10D were extensively used throughout the whole mix.”

For Rent, Ctrl Fre@k had divided the one console to provide both FOH & Monitoring. “This show had a long run of 3 weeks and one of the reasons we split the console to provide both FOH and Monitoring was purely down to budget constrain. One more console would have also meant one more engineer. The FOH/Mon split deployed was also to mitigate the fact of a one day set up, show and then turnover,” highlighted Jeffrey.

One reason this was possible was due to the large number of channel counts available with the RIVAGE PM10. “Each microphone input was digitally split into 2 channels – one for FOH, one for Monitor / Aviom IEMs. By doing so, I can have separate processing on the same input sources to different destinations. So, it’s not just a mix difference, example, the compression on the main guitar being sent to FOH is completely different to that sent to the guitarist's Aviom IEM.

The RIVAGE PM10 handled the vocals of the 20 cast plus 27 channels of the band that were duplicated for monitoring as well. 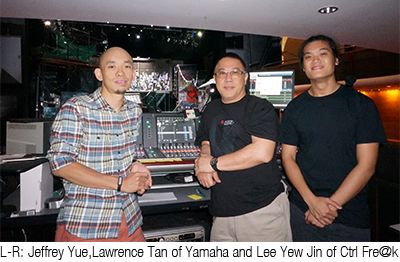 One key challenge in this particular instance was the very short period that Ctrl Fre@k had to work with in terms of setup, tuning and rehearsals within the Drama Centre. To mitigate this situation, Ctrl Fre@k used the Virtual Sound Check feature of the RIVAGE PM10. “The main benefit for Virtual Sound Check is when the musicians are not around during set up/rehearsal in Drama Centre we are still able to work on the mixing. We had only 1 session of sitzprobe which was not even enough to run through the entire show. All the musicians have tight schedule to adhere to and overrun costs money. So, with VSC, we basically recorded the musicians and then tweak the sound after they leave. We were doing this even during full dress and previews. So, at the end of the evening performance, we will squeeze in another 30mins before being kicked out of the venue to do more tweaks and mixing.”

The RIVAGE PM10’s ability to separate the surface to different zones; blocks to accommodate multiple users on the console; large amount inputs/outputs and large amount of DSP processing meant that the console performed way above expectations, with all involved pleased with the outcome.